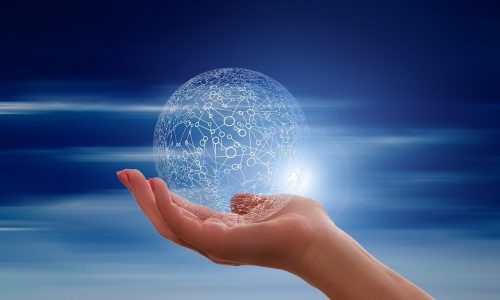 Having your own IT network can make everyday operations much easier. But do you need your own server?

Having your own network of servers and other IT equipment can make everyday life and efficiency in a craftsman’s business much easier. It’s all about getting the most out of your own processes. But if you want to be successful with your business, you know that the purchase of products from the field of IT is mostly a matter of cost. An own server, for example, as a new product, can significantly overstretch the budget. At the same time, in this day and age, it is no longer necessary to always buy the latest goods fresh from the dealer.

Why an own server in the craft enterprise?

Sometimes the question arises, why one should need an own server or an infrastructure in the enterprise at all. The answer can be found in the many processes of digitalization , which are so important today if you want to be successful. With your own server you can create autonomy in the area of hosting, data can be stored more easily, mail traffic can be better regulated, but above all you create security for your important digital data.

On the central server the company can better deal with the modern possibilities of IT and at the same time coordinate the daily work and store it in a central place. In the course of time, such an infrastructure completes itself. Suddenly there is a need for a server for the increasing mail traffic, you want to better manage projects internally, and you are looking for the best options to participate in the many advances of the digital world.

Of course, all these things can also be realized on the infrastructure of another service provider in the form of hosting. However, this means high monthly costs and is usually also associated with a certain degree of uncertainty. Many skeptical questions about the cloud, for example, have not yet been clarified and you no longer have full control over sometimes sensitive data . The only way to retain this control is to acquire one or more servers for your own company. But how do you get around the high costs?

Acquiring servers for your own business

If you are looking for the right technical infrastructure for your company, you have surely noticed the variety of offers that are available in the field of IT. There are servers of every type, size, performance and from a wide variety of manufacturers. If you haven’t just trained in an IT profession, you usually don’t know much about the details. So it is important to get the right advice, so that you don’t end up with a device that not only offers the wrong performance, but was also far too expensive to buy. There are a few key points that you can look out for during your initial research:

Hardly any industry is as fast in its development as the world of IT. If a device is still up to date today, it may already lack functions that are part of the new standard next month. In most cases, however, you don’t need these latest developments. All you need is a solid server that offers exactly the performance at the price you want for your own projects or infrastructure.

Used servers as an alternative to new infrastructure

Most system houses will naturally recommend the latest devices in the course of a consultation, as this is where they make the most money. In contrast to the latest models, used servers may be a little slower in speed , if you look at the relative speed of the servers and systems. Most servers run with Linux.

However, the absolute speed of the used server remains the same even after many years of use. The used server, which is equipped with 3 GHz, 2 gigabytes of RAM and a 120 gigabyte hard drive, will still have these performance features and equipment in three years and fulfill all requirements in this regard. This is how quickly you can get the right infrastructure for optimizing your own company in this day and age, even at low prices.

What are virtual servers – vServers Virtual servers from providers like IOZoom are not real servers, but a part of a server. Any number of vServers can be installed on a server, depending on its computing power. So they are not a hardware component, but a software that runs on the main server. This also means that the virtual servers have to share the performance of the main server. Each vServer gets its own IP and is configurable like a real server.

Normally specific parts of the hardware are allocated to the vServers (memory). If the vServer needs more memory and the other vServers do not need their memory at the moment, it can be used additionally.

Advantages and disadvantages of vServers

If you want to get a virtual server instead of a web space, you have to be aware of the fact that it is much more time-consuming to configure it. However, all settings can be made by yourself, so that annoying communication with the webspace operator and additional fees because of small changes are not necessary. However, the operator of the virtual server is also responsible for security and backups.

What happens if the computing power is no longer sufficient for all vServers?

Since each vServer has its own IP, it can be moved from one server to another, less loaded server within a very short time. It’s sort of a precursor to the cloud, so to speak.

For whom are vServers useful?

For actually anyone who is thinking of acquiring a second web space. The more elaborate configuration should be thought of. For beginners who get by with the basic configurations of web hosts, these models are oversized. You should also have expert knowledge about server configuration, or at least the will to acquire it.